How does TV effect individuals and society?

A new website looking at the effects of TV has just gone live. Instead of short blog posts and/or links, PeopleUnplugged.org will specialize in longer form essays and books reviews. Wilfred Clifton is the webmaster and author and in charge of the graphics. I am also a contributor, writing as Terry Severson.

Hope you will check it out!

Is Trump a creation of our love of television?

Has Trump found the secret to political success in our entertainment-obsessed society?

For answers see: “The great entertainer: The mystery of our fascination with Trump” by Wilfred Clifton

Here is an infographic created by Rachael Henson for FCS 231 at Illinois State University. Posted with her permission.

Excellent critique of the CIA torture program from a scientific point of view.

The US Government has just released its report on the CIA’s Detention and Interrogation Program, aptly branded the “torture report”, which is available online as a pdf.

It makes for appalling reading but sheds light on the role of two psychologists in the creation and running of what turned out to be genuinely counter-productive ‘enhanced interrogations’ that were used in preference to already productive non-abusive interrogations.

In the report the psychologists are given the codenames Grayson SWIGERT and Hammond DUNBAR but these refer to James Mitchell and Bruce Jessen who have been widely identified byothersources in the preceding years.

Mitchell and Jessen were both contractors, who, according to the new report, arrived at detention centres to direct CIA interrogations, despite having no interrogation experience, and in face of sometimes severe reservations of regular CIA staff. 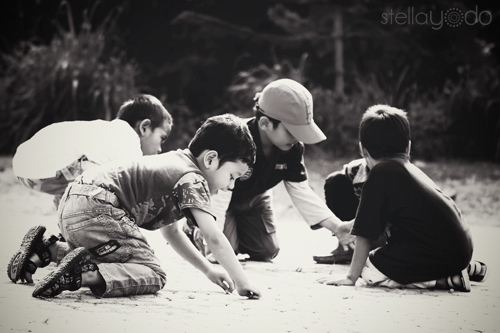 Is your child ready for grade one? According to a 1979 checklist there are number of things to look for, such as:

“3. Can your child tell, in such a way that his speech is understood by a school crossing guard or policeman, where he lives?

9. Can he be away from you all day without being upset?

8. Can he travel alone in the neighborhood (four to eight blocks) to store, school, playground, or to a friend’s home?”

So in 1979 (not that long ago) it was considered normal for a 5 year old to be able to walk eight blocks unsupervised to the “store, school, playground, or to a friend’s home…”

Now, parents are being arrested for letting their kids go outside unsupervised:

“Nicole Gainey Was Arrested For Letting Her 7-Year-Old Son Walk To The Park Alone” http://www.huffingtonpost.com/2014/07/30/nicole-gainey-was-arrested-for-letting-her-7-year-old-son-walk-to-the-park-alone_n_5633803.html

END_OF_DOCUMENT_TOKEN_TO_BE_REPLACED

“MRI brain scans showed children who spent the most hours in front of the box had greater amounts of grey matter in regions around the frontopolar cortex – the area at the front of the frontal lobe. But this increased volume was a negative thing as it was linked with lower verbal intelligence, said the authors, from Tohoku University in the city of Sendai. They suggested grey matter could be compared to body weight and said these brain areas need to be pruned during childhood in order to operate efficiently.”